LAN (local area network) is an interactive video installation based on the notion of connection and exchange in a social environment. The main goal was to visualize human interaction during gatherings in a confined public space.

Using 3 3D MLI Sensor™ cameras (infrared and depth camera) through a custom written software, the ability was given to track peoples positions in space and gather different information (position, speed, age-test, id generation) to generate real-time visuals on 3 screens (using a common coordinates system) above the bar in the Carré-Rotondes in Luxembourg. The result is a web of live interactions represented on screen through simple shapes (lines, triangles, circles..)

LAN will be a permanent installation at the new Carré-Rotondes. 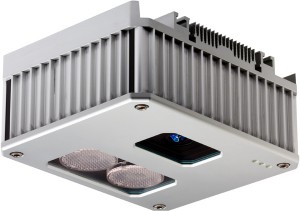 Here is a (relatively bad quality) Video of the installation in a live environment.

People are represented by triangles and connected together under a distance of 2m. As the people interact (stand still) a circle is generated around them, growing over time. As soon as the interaction is broken (people move) the circle is disappearing.